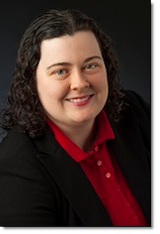 Ms. Mackey grew up in Plano, Texas, and received her Bachelor's Degree from the University of Limerick in Ireland.  Ms. Mackey is a member of the Oklahoma Bar Association Young Lawyers Division and has recently joined the OBA's Women in Law Committee, the OBA Bench and Bar Committee, and the OBA Civil Procedure and Evidence Code Committee.  She is also Co-Chair of the Scholarship Committee of the Indian Law Section.  She is a Phi Alpha Alum, and a member of the American Bar Association and the Federal Bar Association.